GeoJunxion offers a Map Tile Server with GeoJunxion proprietary Maps, OpenStreetMap Data or Aerial/Satellite Imagery. The map tiles are generated from the GeoJunxion or OSM map database and are delivered via API request to end-users. GeoJunxion uses a combination of methods to make this service very fast and efficient. The map service comes with on-demand tile rendering, often with smart-iling, and custom styling. With smart tiling, all populated areas are pre-rendered to provide super-fast response to map requests. 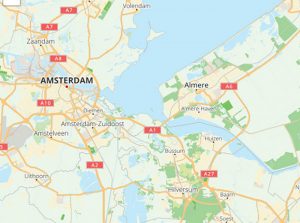 The global projection system “WGS 84 / Pseudo-Mercator”, which is used in the map tiles is in decimal degrees (latitude and longitude) with WGS84 as datum, according to the spherical model used for computations. Its spatial reference id is EPSG:3857.

The Unicode character-set used in the names, is in UTF-8.

GET YOUR FREE API KEY

With an API key you will be able to access the related API and if applicable your usage will be automatically tracked and billed. Just click on the “GET YOUR FREE API KEY” button above, to apply for a free trial. Your API key will be between 30 and 128 characters long.

This website uses cookies to improve your experience while you navigate through the website. Out of these, the cookies that are categorized as necessary are stored on your browser as they are essential for the working of basic functionalities of the website. We also use third-party cookies that help us analyze and understand how you use this website. These cookies will be stored in your browser only with your consent. You also have the option to opt-out of these cookies. But opting out of some of these cookies may affect your browsing experience.
Necessary Always Enabled
Necessary cookies are absolutely essential for the website to function properly. This category only includes cookies that ensures basic functionalities and security features of the website. These cookies do not store any personal information.
Non-necessary
Any cookies that may not be particularly necessary for the website to function and is used specifically to collect user personal data via analytics, ads, other embedded contents are termed as non-necessary cookies. It is mandatory to procure user consent prior to running these cookies on your website.
SAVE & ACCEPT